This weekend I awoke at a bit of a loss at what to do with my weekend...I have some big sewing projects coming up but I couldn't start them yet....
So I sorted out and colour coded the Lego (using the lovely Springform Buckets)...it mostly began because I was in search of some pieces to make my little house below...and I had to take a photo because as you can guess once Amelie awoke from her nap the Lego buckets were dumped and colours collided. 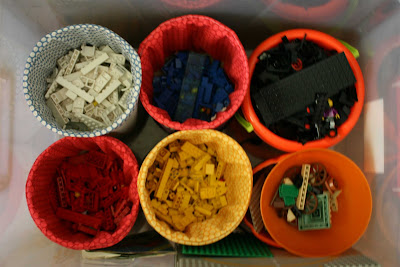 I found this in the Lego box and just had to make it as I have fond memories of many many hours spent with this little Lego house... 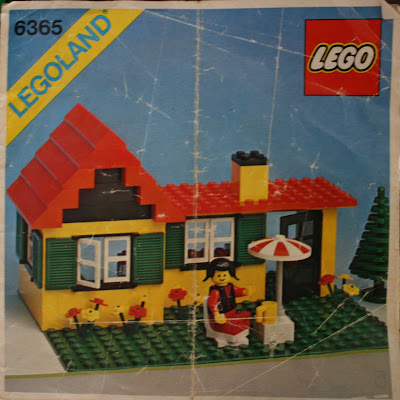 Thankfully this is something that has survived the throwing out of childhood toys that parents tend to do! 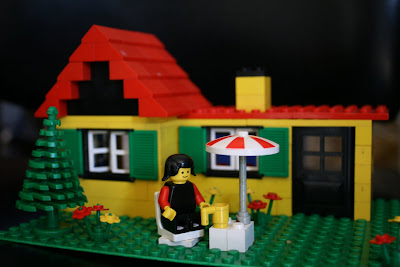 Look at the lovely little house and the mini-me sitting down to her cup of tea out in the garden... 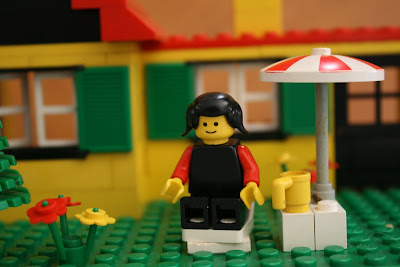 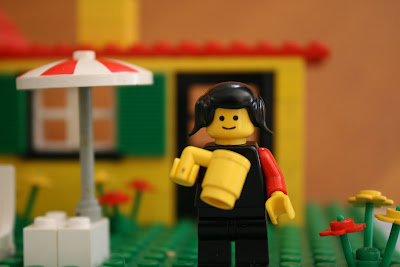 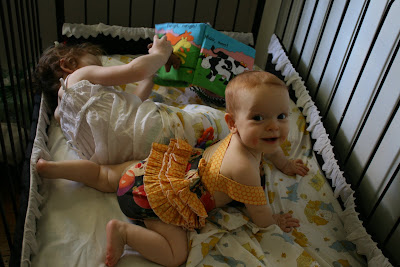 Then I played with these crazy critters!

After my initiative to Make One and Mend Two I have been mending things here and there but the pile has remained in tact as so many new things have been passing through my hands for a bit of a fix up! So I took this oppourtunity to attack the pile and I am proud to say that I have completed ALL my mending! 31 items as seen below have been mended and put back into circulation, including one refashion of a skirt that I will feature in it's own little post!
This was a huge achievement as some of the items have been in the pile for at least 4 years...I am hoping to mend as I go from now on...fingers crossed! 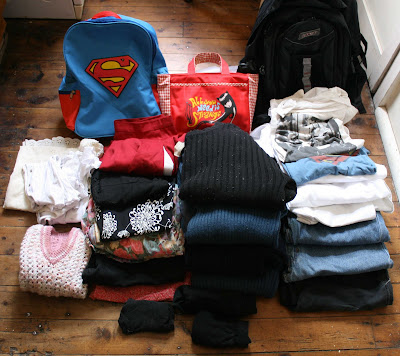