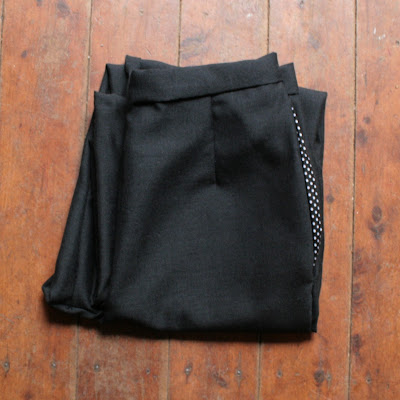 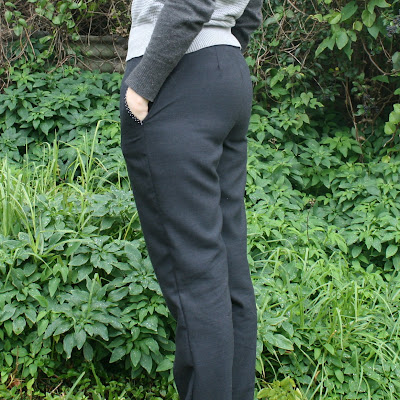 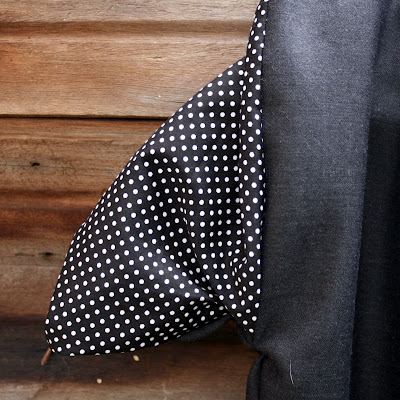 I am still trying to decide if these fall into the 'epic failure' or 'almost epic failure' category.
The Back Story: I have this pants pattern that I bought at least 10 years ago...a plain basic stright up and down pattern...10 years ago I enthusiastically made a pair in a grey fabric...I was very proud of these pants but they never quiet fit right. They were tight around the hips and the zipper cover pulled out as a result. I persisted in wearing them until a co-worker commented on them one day and I realised it was time to retire them.
Fast Foward to Present Day: It came to my notice a month ago I needed work pants desperately - the two pair I have owned for 6 years were dead pants walking. I was determined to make my own as my skills over the last 10 years
have improved greatly and I was ready to take on this pants pattern again. I was very careful and put my pride aside, scaling the pattern up two sizes from when I made it 10 years ago. In addition I made the seams a bit smaller than necessary.
Other adjustments I made included adding pockets to the pants and making one side of the pocket lining polka dots to brighten up the standard black pants.
So I made the pants up...very excited to have some new pants...until I tried them on.
I couldn't believe it....they were tight around the hips AGAIN and I was so uncomfortable in the...I was devestated. To make matters worse I have decided to whip up 2 identical pairs so I could have a couple for work...not thinking about the DOUBLE failure I might have to deal with.
I went into damage control and made all the seams as small as I could and spent an evening unpicking and reworking them as much as I could.
The result was one wearable pair and one still unwearable pair. The wearable ones are still a bit tight around the hips so I am not totally happen with them and I cannot think about them without a bit of a sinking feeling.
Moral: This style of pants does not suit my body type...so I will be selling the second pair of pants and the pattern. I am now on the hunt for an AWESOME pair of pants to make for work.

So have you got any suggestions for a pattern for a woman with hips and thighs? But is also flattering!
Please I need help!
It's taken me 2 weeks to write this post because the pants made sad - but I love reading about epic failures as much as victories and I hope to write soon with the most awesome pants ever made post! 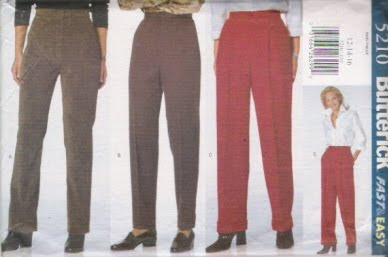 The Offending Pattern (I made the style on the left but added pockets!)
Email Post