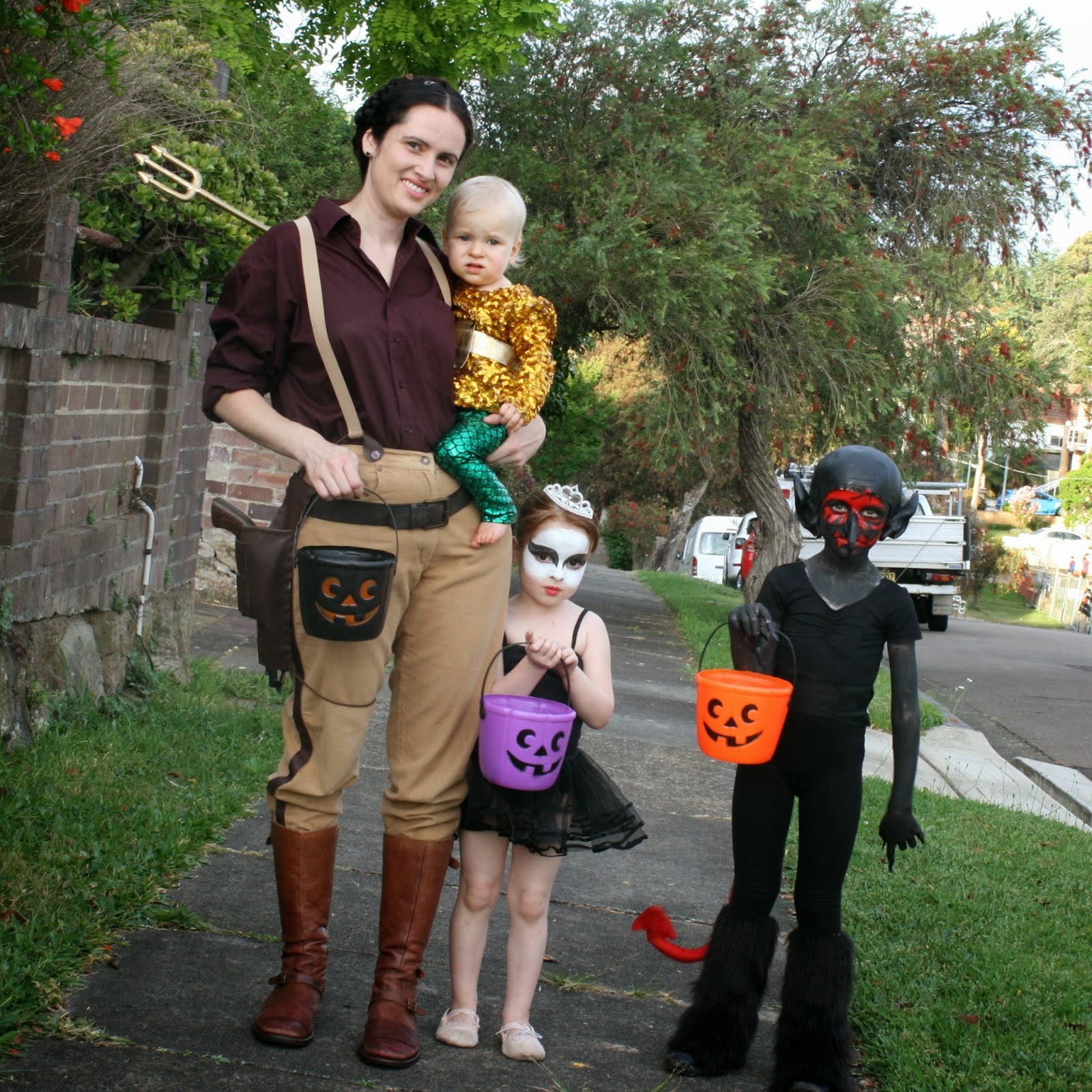 Halloween is one of our favourite holidays...can you tell?

This year we made lots of costumes and had a full on two weeks of creating and dressing up! It was great fun!

Today I am sharing what we all wore on the big day!

Clementine chose Black Swan which was super easy as we already had the costume from when Amelie dressed up as Black Swan for her birthday HERE! Andy did the make up and we got her a new Tiara - but Clementine bought the character to life! 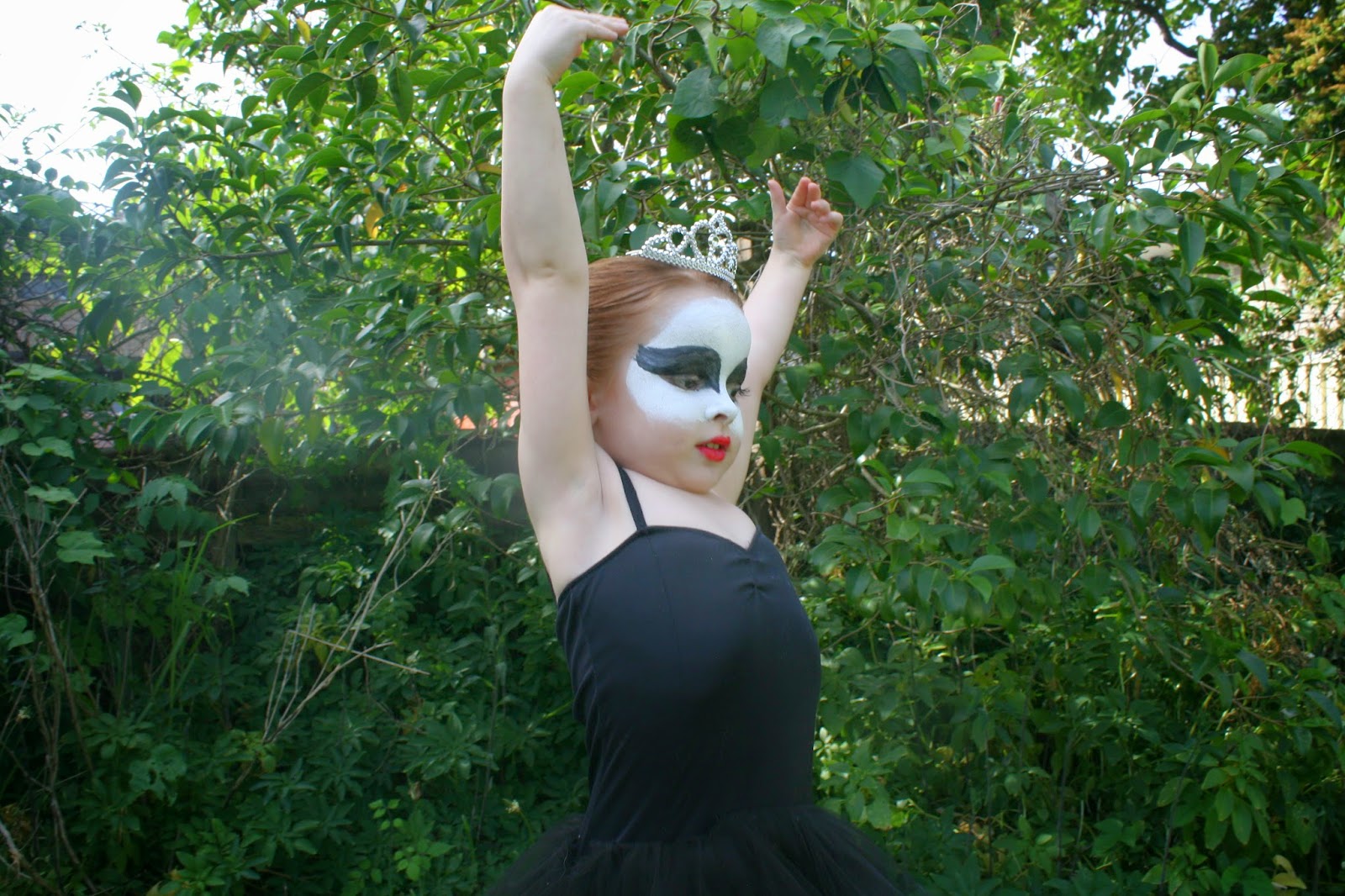 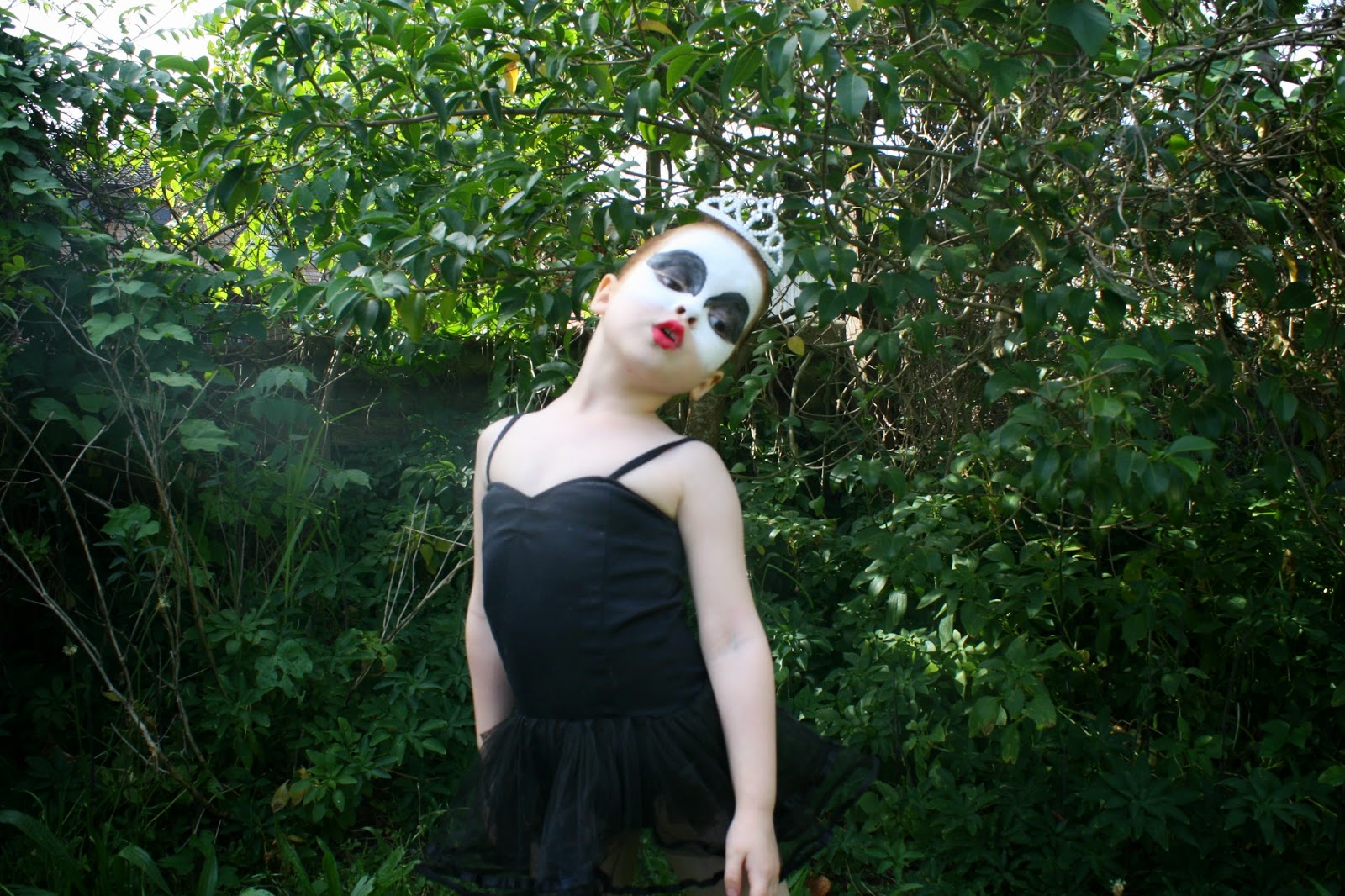 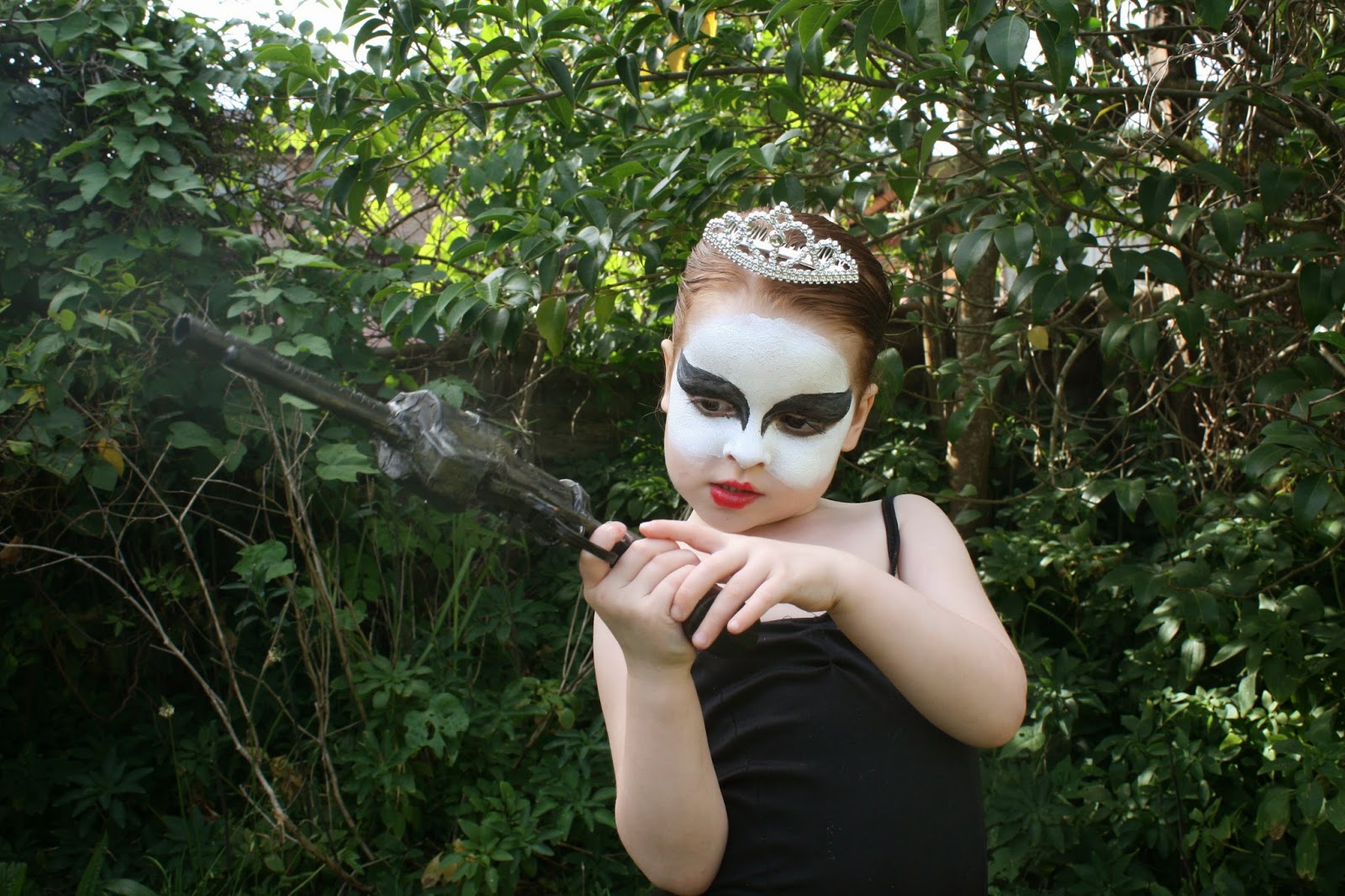 Amelie chose to be The Lipstickface Demon from Insidious - she had the song tiptoe through the tulips coming from the costume which was super-creepy. Andy did her amazing make up (including the head, ears and nose) and I made her some furry hooves! Amelie was hit with the trick-or-treaters! 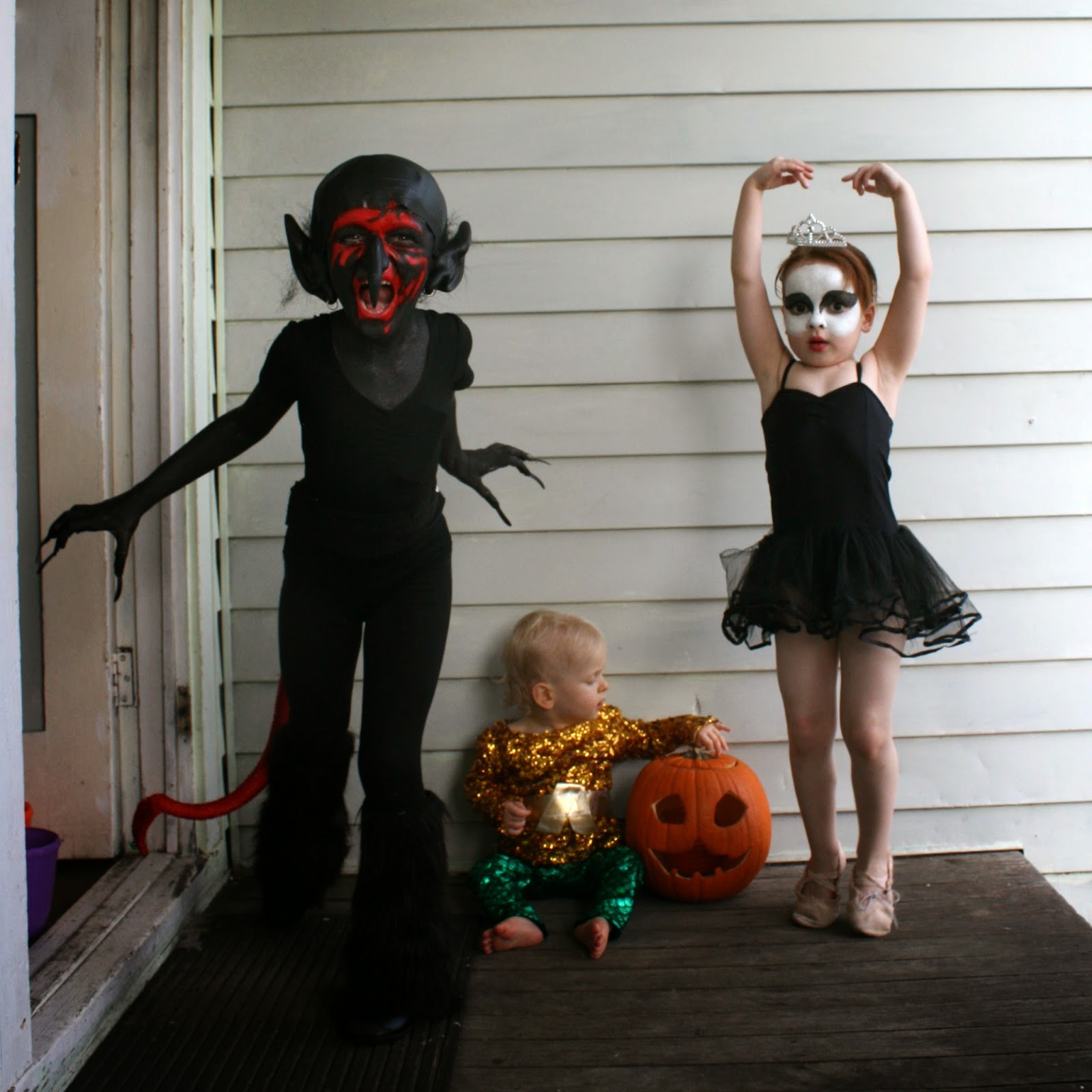 Atticus wore his Aquaman costume and loved waving his trident around! 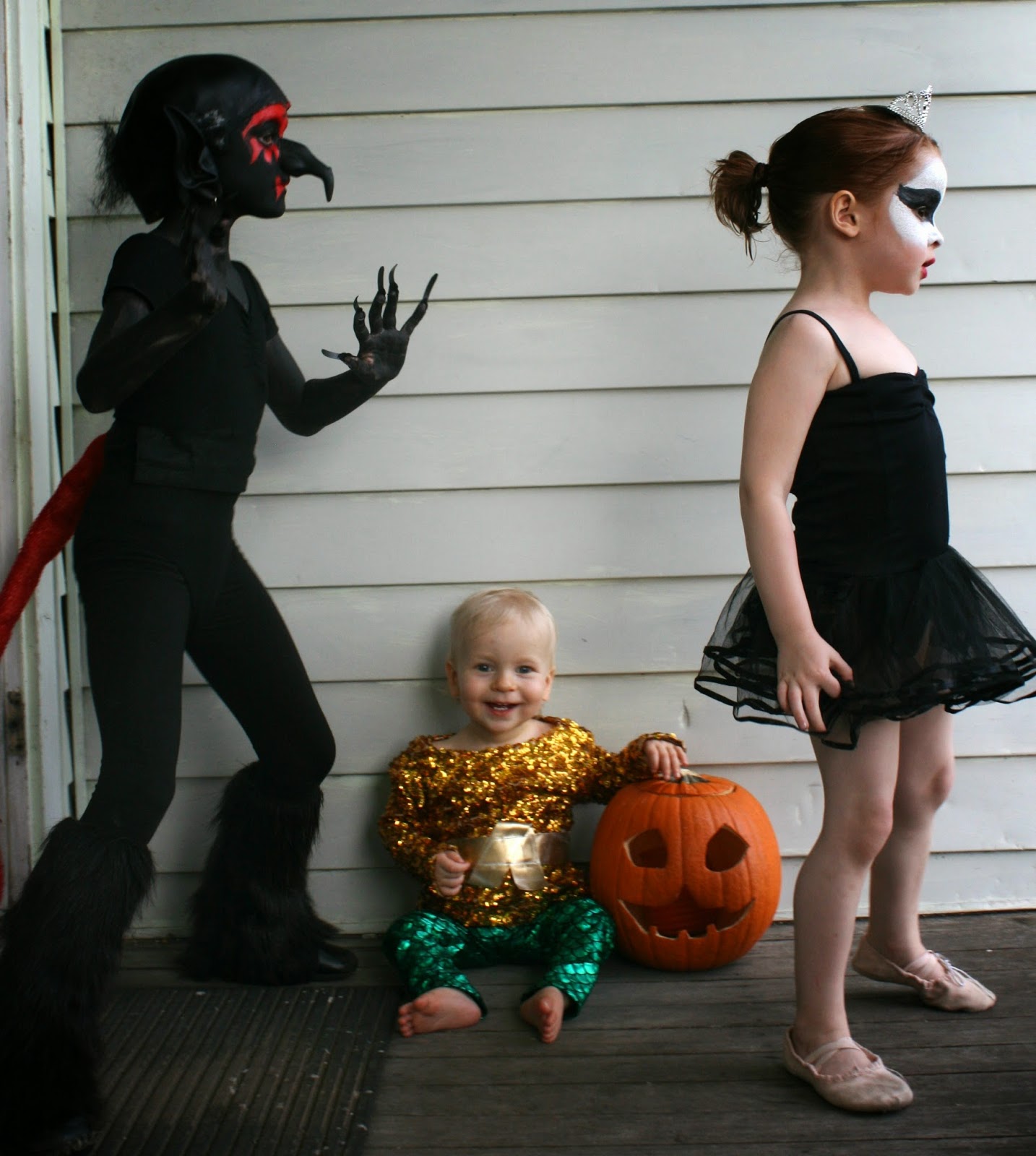 I wore my Malcolm Reynolds costume and Andy dressed up as one of his favourite singers - Roy Orbison! 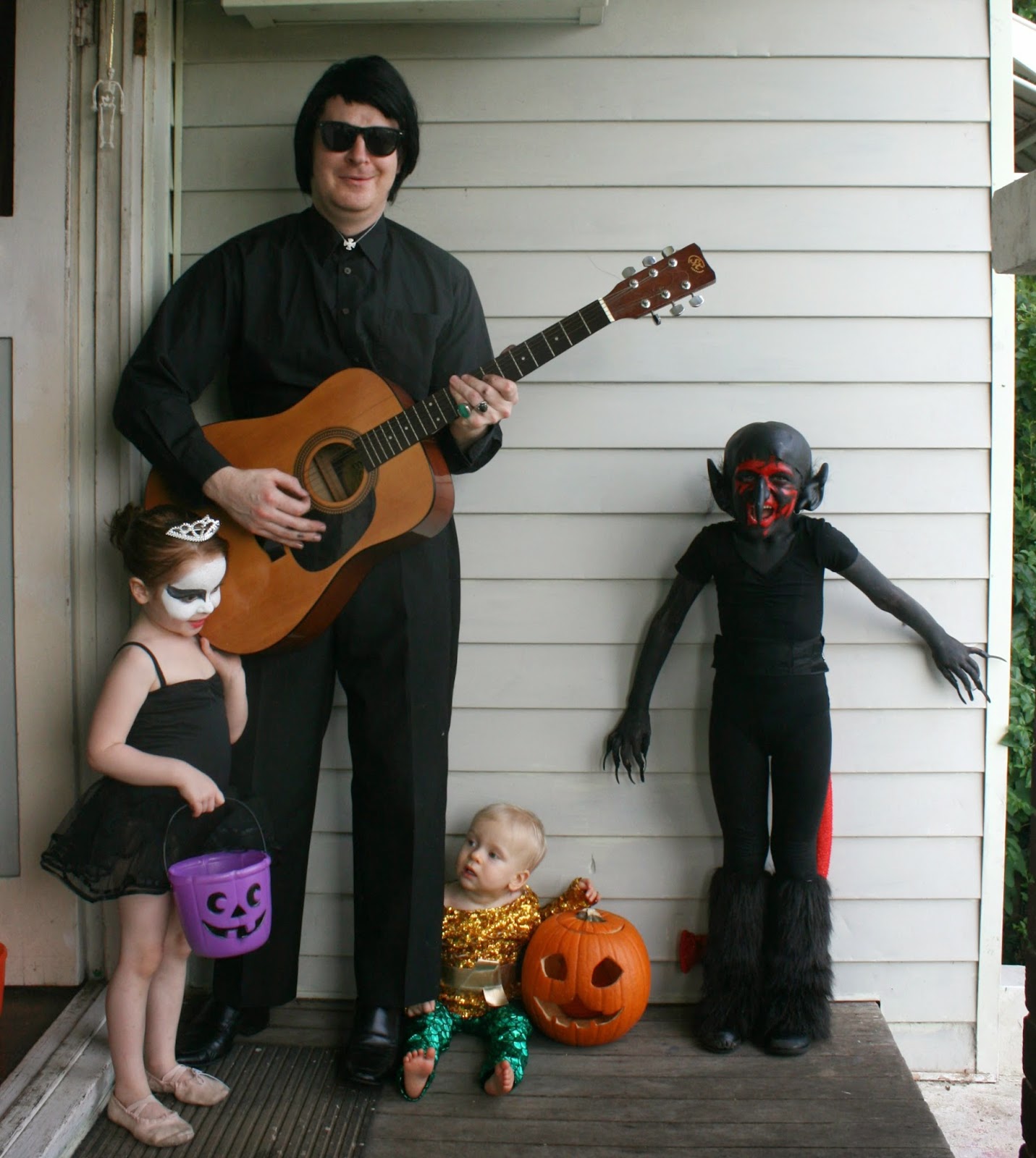 Time to start planning for next year!