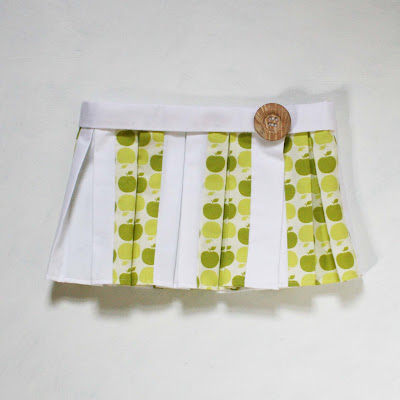 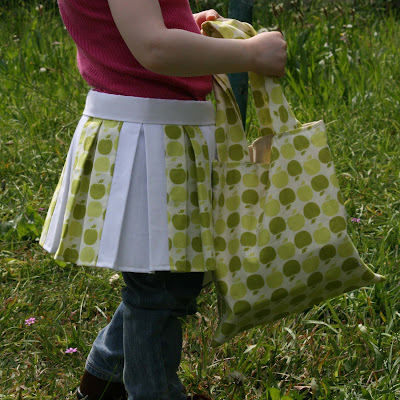 I had some left over Sandi Henderson fabric from when I made a block bag for Amelie (pictured above) and I really wanted to use it as the green part of my rainbow...but it was such a small piece.
I have also been wanting to do pleats for such a long time and I decided to combine the two and use white as a contrasting fabric.
Initially the skirt was twice as long and not wide enough and after hours of thinking I would have to put it on the back burner I simply cut it in half and made it a mini skirt and added a fold over waistband.
I added one of my favourite buttons as a details and on the underside there are three adjustments so that the skirt grows as the little ones do!
I have added this skirt to my Etsy and Made It shops!
Email Post